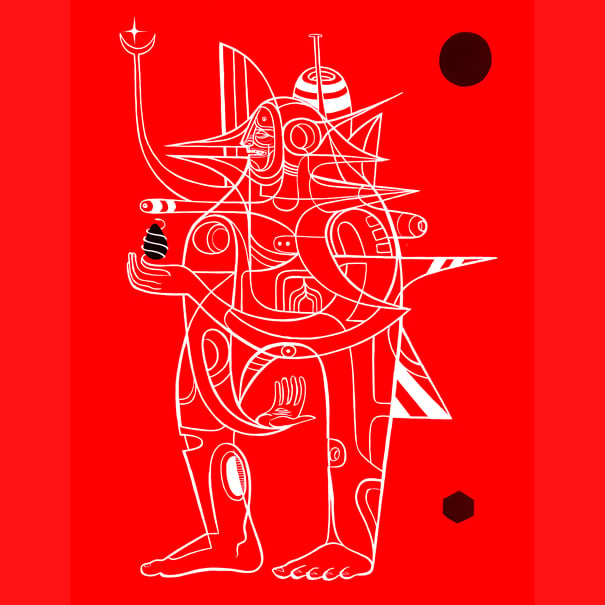 The special edition pack features artwork from Doze Green with a signed print of his painting AEON1. Limited to 250 copies worldwide.

Rammellzee passed away in 2010, but before he left us he recorded his magnum opus, Cosmic Flush with producer Jonah Mociun. Unreleased, eight years have passed. The collection of breakcore and speed metal-influenced rap tracks stand as a futuristic relic which is just now about to see the light of day.

To celebrate the life of one of our culture's great minds we are releasing Cosmic Flush as a commemorative series of records and prints. There are 7 core tracks, each will be reinterpreted and remixed by a visual and audio artist. The works will also form part of an exhibition which will take place in New York & London.

This release is Part 4 in the set, Fight My Fire has been visually reinterpreted by Doze Green, a friend and contemporary of Rammellzee's, and remixed by Edan who cites Rammellzee as a major influence.

Illustrating the groundbreaking influence and genius of the artist, The Rammellzee.