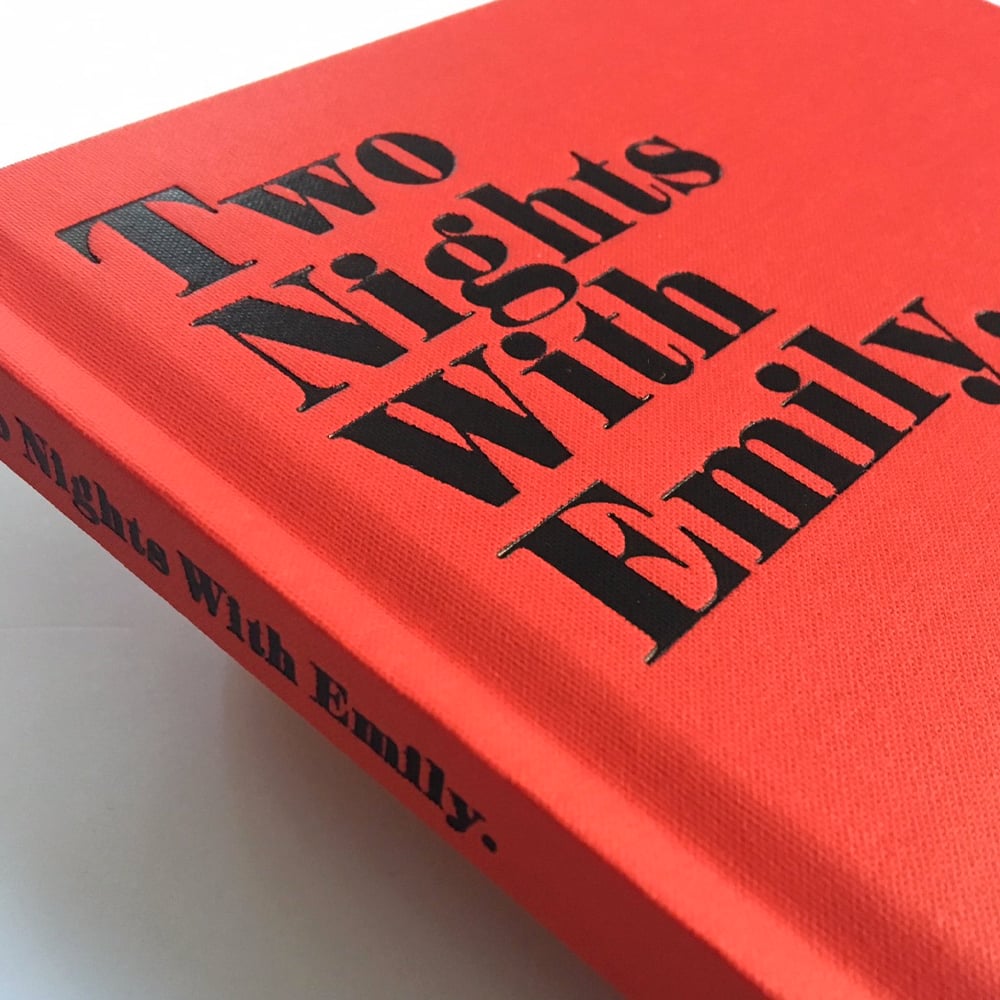 This book presents the complete Polaroid works of the infamous Ratajkowski sitting for the first time. This influential body of work by the master photographer and the Hollywood actress marks a high point in the recent history of celebrity photography.

We are pleased to present this celebrated body of work in a gorgeous Pearl Linen Hardcover Edition. Printed on 100# Coated Matte Paper, with PUR binding and Scarlet Endsheets.

In addition, while working on the Hardcover edition this summer, and after carefully revisiting Leder's archive, we discovered 6 new Polaroids which are now presented here.

Before she was a celebrated Hollywood actress, an international swimwear designer, and a feminist lightning rod, Emily Ratajkowski was an aspiring L.A. model taking jobs her agency recommended. That’s what brought the then nineteen year old model to Woodstock, N.Y., for two fateful days—and more importantly nights—in May 2012. It was then she met photographer Jonathan Leder, who shot the infamous Polaroids featured in 'Two Nights with Emily.', the luxurious new hardcover book from Imperial Publishing .

In his forward, Leder recalls noticing something enchanting about the girl who stepped off the bus on Woodstock’s village green, though he never guessed he was dealing with a future superstar. “She was well dressed and attractive, perhaps a bit more petite than your average model,” Leder writes. But once he took her back to the small cape-style house he’d rented for the summer, something extraordinary happened.