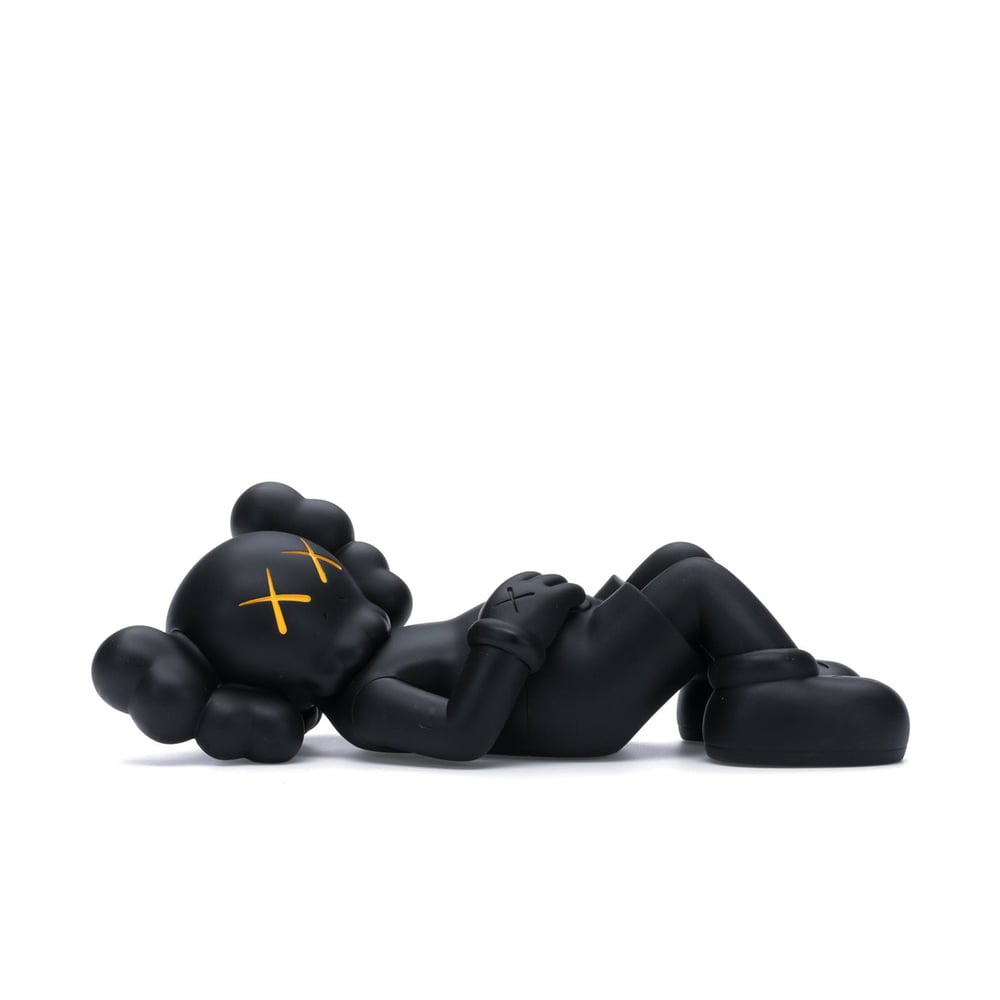 After releasing his final collaborative apparel collection with Uniqlo's UT line in June of 2019, KAWS returned just over one month later for the Japan installment of his KAWS Holiday series. The event and collection took to the theme of Mt. Fuji, staging campsites in Japan and releasing an array of Holiday and Mt. Fuji inspired collectibles. Released as a part of the event was the latest installment of KAWS Vinyl figures depicting a companion laying on the ground in what looks to be a very relaxing position. The KAWS HOLIDAY JAPAN Vinyl Figure released on July 18th, 2019