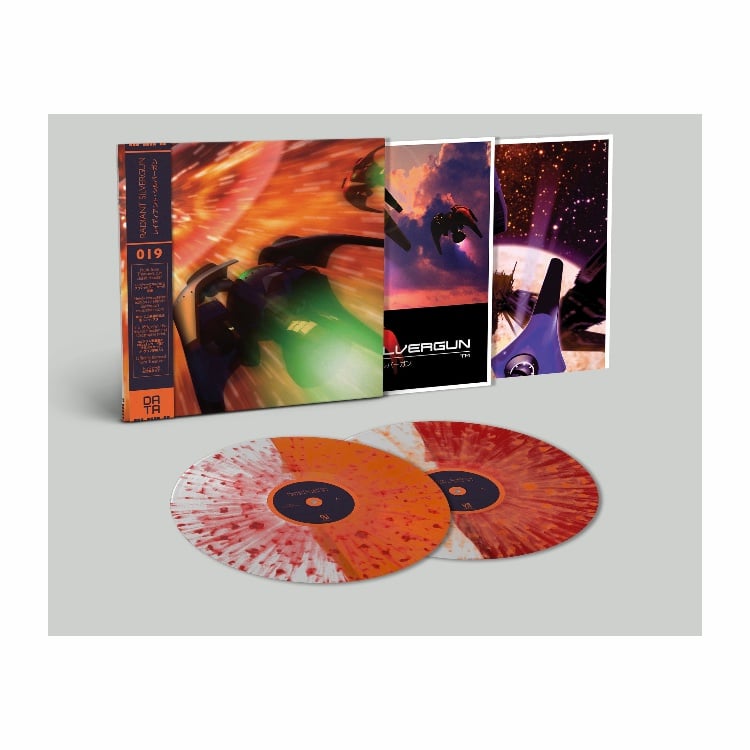 Originally released in 1998 in the arcades and for the SEGA Saturn console, RADIANT SILVERGUN is widely regarded as one of the greatest shooters ever made. As a testament to the game’s inventiveness and unique aesthetic, RADIANT SILVERGUN has maintained a legendary status and cult following for decades, despite not being officially released outside of Japan until 2011, when a HD remaster was published on the Xbox 360 Live Arcade.

With its surprisingly complex mechanics, blending traditional shoot ‘em up elements with puzzle-like gameplay, RADIANT SILVERGUN subverted audience expectations and defied genre conventions. This unorthodox approach also extended to its musical score, which was composed by Hitoshi Sakimoto (whose other works include Final Fantasy XII and Final Fantasy Tactics). Whereas other shooters at the time had been accompanied by frenzied and bombastic scores, Sakimoto took an entirely different approach for RADIANT SILVERGUN. What begins as a stoic and determined score of recurring motifs, featuring percussion, strings and bells, slowly descends into an unexpectedly reflective and ambient score, with choral passages and a sense of minimalism that completely juxtaposes, but oddly complements, the frantic intensity of the game. There is no grandiose battle theme at the end, nor triumphant crescendo, nor glory. Just stillness and life. And there is life everywhere.

RADIANT SILVERGUN is presented as a remastered double 180g LP, with the first disc featuring Hitoshi Sakimoto’s original compositions and the second focusing on the SEGA Saturn versions. The package includes a double-sided lithographic print and a foldout poster, showcasing original and rare artwork from Treasure’s archive. This release is available in the following editions: