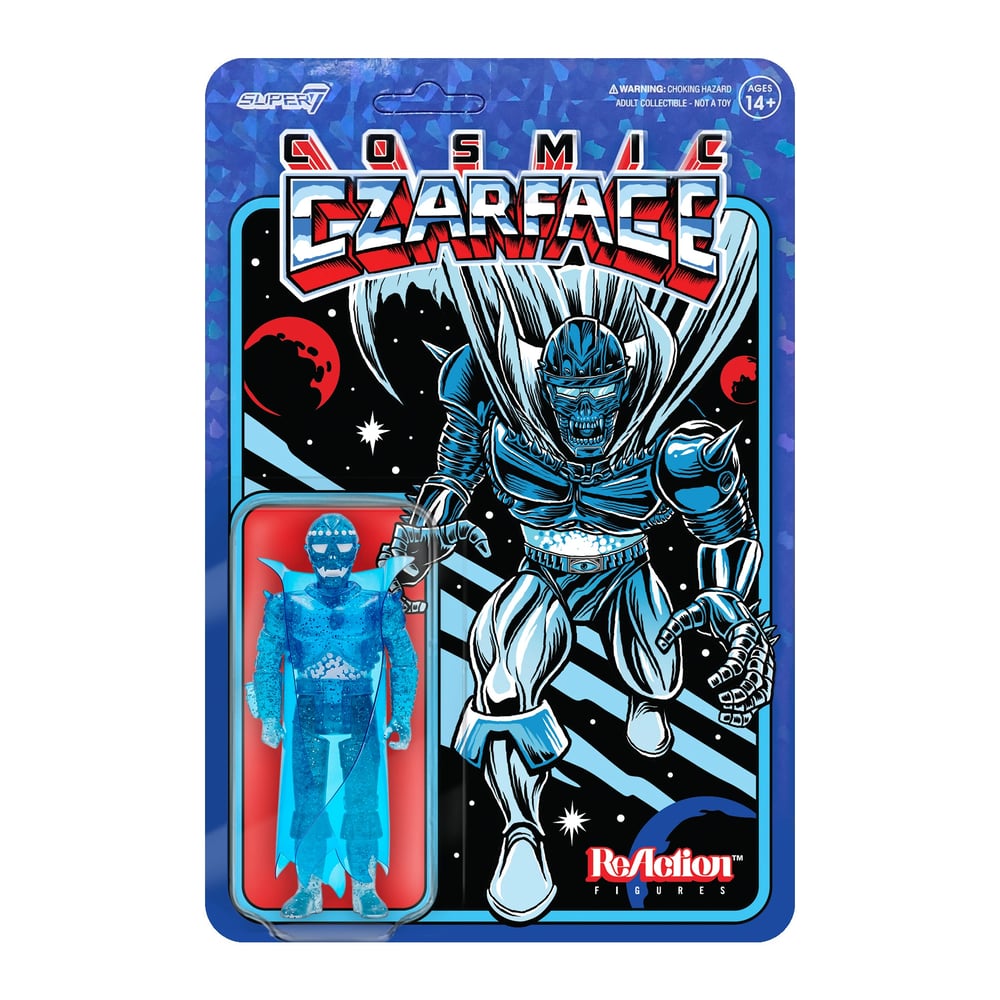 Introducing Cosmic Czarface! When Czarface taps into the mindscape to communicate with extraterrestrial lifeforms, most notably the denizens of Zarta Ku, he appears as Cosmic Czarface. This 3.75” articulated Czarface ReAction figure of Cosmic Czarface features translucent injection with blue glitter and includes a clear blue cape. In this form, he can also access the faculties of his own intuitive and creative mind, observing and reflecting on his personal journey in both reality and fantasy. On Earth 808, Czarface is a champion to the righteous, a menace to the corrupt, and a villain’s worst nightmare. Although Czarface has almost always chosen logic, reason, and language over sheer brutality, he is no stranger to solving problems with snaps of violence. In crime-fighting and street justice, Czarface is considered a savant in both conflict de-escalation and lethal warfare techniques.